The earliest written record of Frasers in Scotland is in 1160, when a Simon Fraser held lands in East Lothi­an at Keith. In that year, he made the gift of a church to the Tironensian monks at Kelso Abbey. The Frasers moved into Tweeddale in the 12th and 13th centuries and from there into the counties of Stirling, Angus, Inverness and Aberdeen.

Though the name Fraser – however spelt – is French, it is now 800 years since the first bearer of it, Simon Fraser, is recorded in Scotland. He and his are found in the Borders, but the advance of the Frasers northwards was swift. In the process they contrived – as subsequently and today – to make some remarkable contributions to Scottish history. By the 14th century the northern Frasers formed two distinct groups, in the counties of Aberdeen and Inverness respectively, and there both made their mark. Of the former group, a forebear of the Fraser Lords Saltoun founded Fraserburgh about 1601; of the latter, Lord Lovat’s forebears had created one of the greater Highland clans at least a century earlier.

It was from the tower and plain of Lovat, on the south shore of the Beauly estuary, that the chief of the Inverness-shire Frasers took the peerage title granted to him about 1460 – the precise date is not known. By then, as since, Gaelic speakers accorded him the not inferior honour of the patronymic MacShimi (Son of Simon). 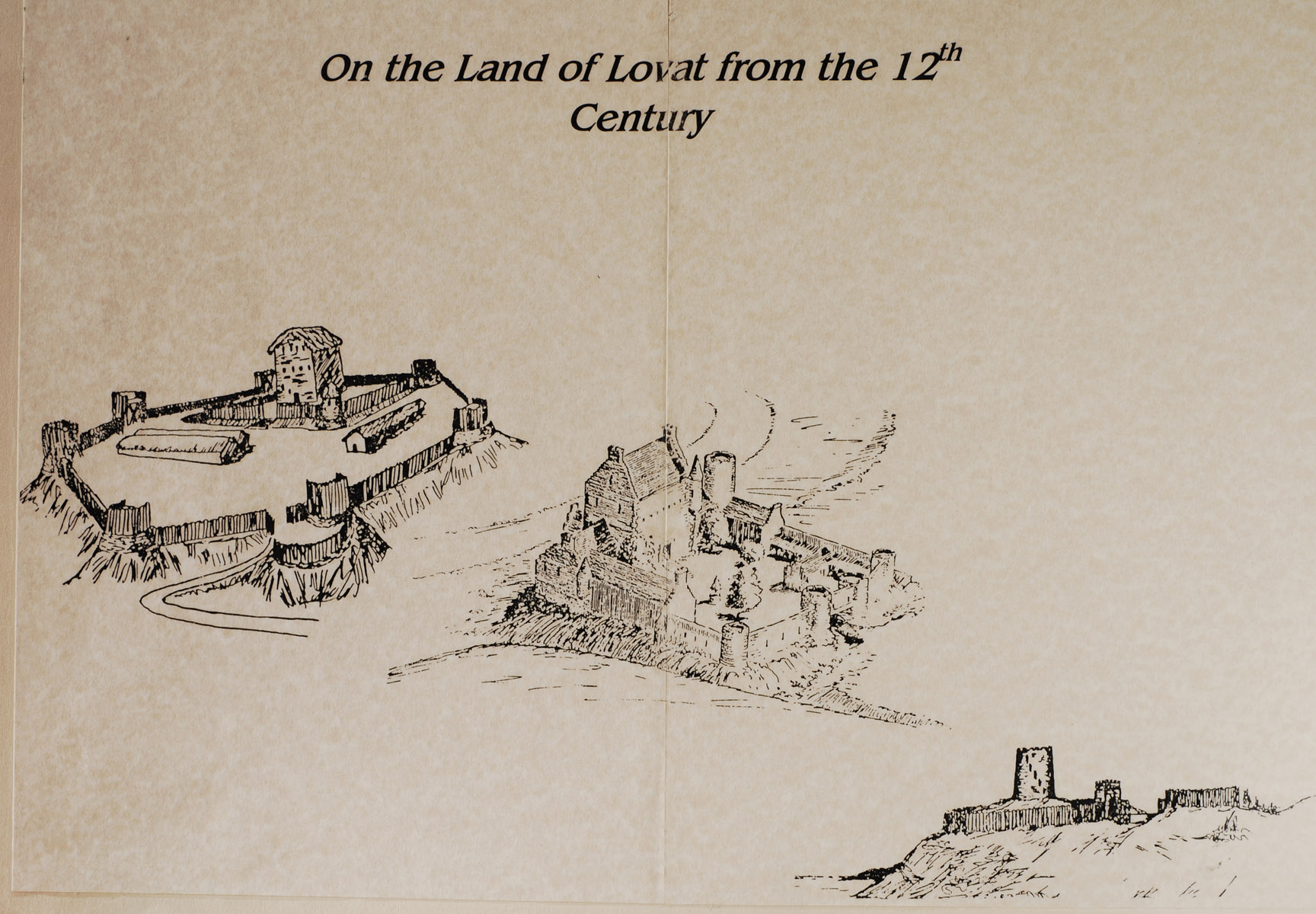 The Lovat chiefs never made the mistake of acquiring their lands as conquerors. Prudent marriages and diplomacy established the Frasers as proprietors south and west of the Beauly Firth, in Strathfarrar, in part of Strathglass, in Stratherrick, to the east of Loch Ness, and even for a time, though with disappointing results, in part of Glenelg, on the western coast. Glenelg apparently excepted, in all these other districts the numerous younger children and other relatives of MacShimi married with alacrity and content into the families of the original inhabitants of the land. The happy consequence was that during the 15th century there emerged a swarm of warrior-framers, enjoying somewhat better soil and climate than some of their neighbours; Gaelic in speech, custom and thought, quick to defend their homes, and all proud to consider themselves Frasers and MacShimi’s men. The Clan Fraser of Lovat had been born.

Curiously enough it was not until 1511 that a Fraser lord of Lovat secured possession of Beaufort. When he did, he abandoned the primitive Lovat Tower and made Beaufort, or Castle Downie as it was commonly known, his principal stronghold. In 1746 this was burned by the victors of Culloden; the present Beaufort Castle stands close to the old site.