​Few places can match the uniqueness and tranquillity of the rural Highland Church of St. Mary’s Eskadale. For a visit that is spiritually rewarding take the low road to Struy, a narrow winding road along where the River Beauly flows (South side of the River). Suddenly, on a hillock, a building appears, dazzling in its white-washed harling, set with many faceted windows: St Mary’s of Eskadale built on a scale of grandeur unknown in the Highlands of that time.

It is hard to believe that so large a Roman Catholic chapel was built as far back as 1827, only 34 years after the passing of the Catholic Relief Act. Built by The Chief of the Clan Fraser, the 14th Lord Lovat.  The traceried rose window being added to the east gable in 1881: a constant source of wonder for the congregation of Eskadale who, at the turn of the century, numbered over 800. 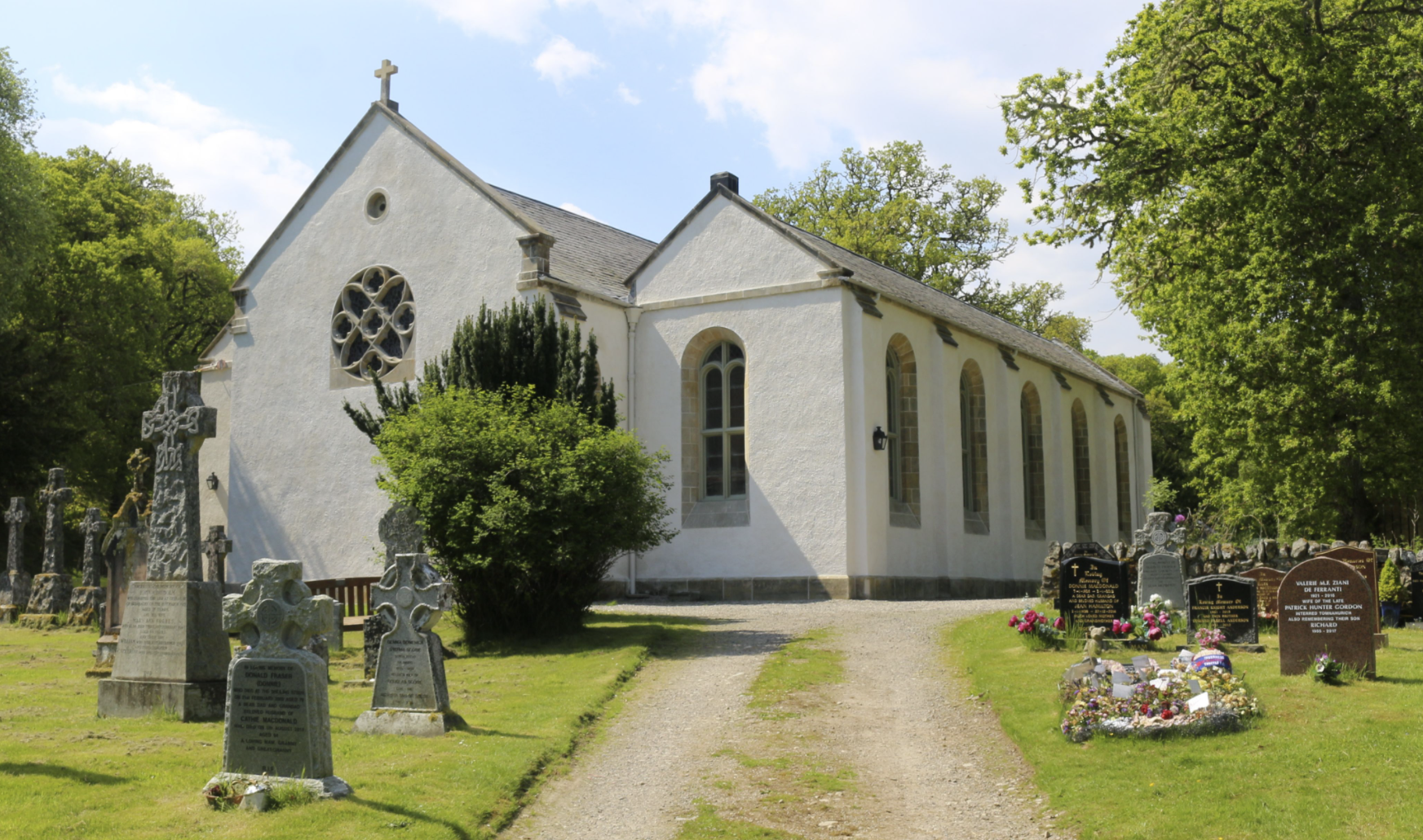 Many famous names lie in the Graveyard of Eskadale. One stone, however, bears a foreign name “The Chevalier” John Stuart Sobieski: reputed descendant of Prince Charles Edward (The Young Pretender).

There are also many  priests buried here, two of whom, young Father James Gordon (Beauly) and Father Angus MacKenzie (Eskadale) died from accidental poisoning. They had travelled to Dingwall  for dinner and discussions, regarding plans for a new chapel to be built in Dingwall.  The servant who prepared the meal, mistakenly gathered the roots of  aconitum (deadly monkshood) for use in a radish sauce to accompany the roast beef.

To the West of the church is the Private Burial Ground of the Lovat Family including the Legendary World War II hero, handsome “Shimi” 24th clan chief of the Lovat Frasers,  Simon Christopher Joseph Fraser, the 17th Lord Lovat, Commander of the troops that landed on Sword Beach on June 6 1944 – D DAY. 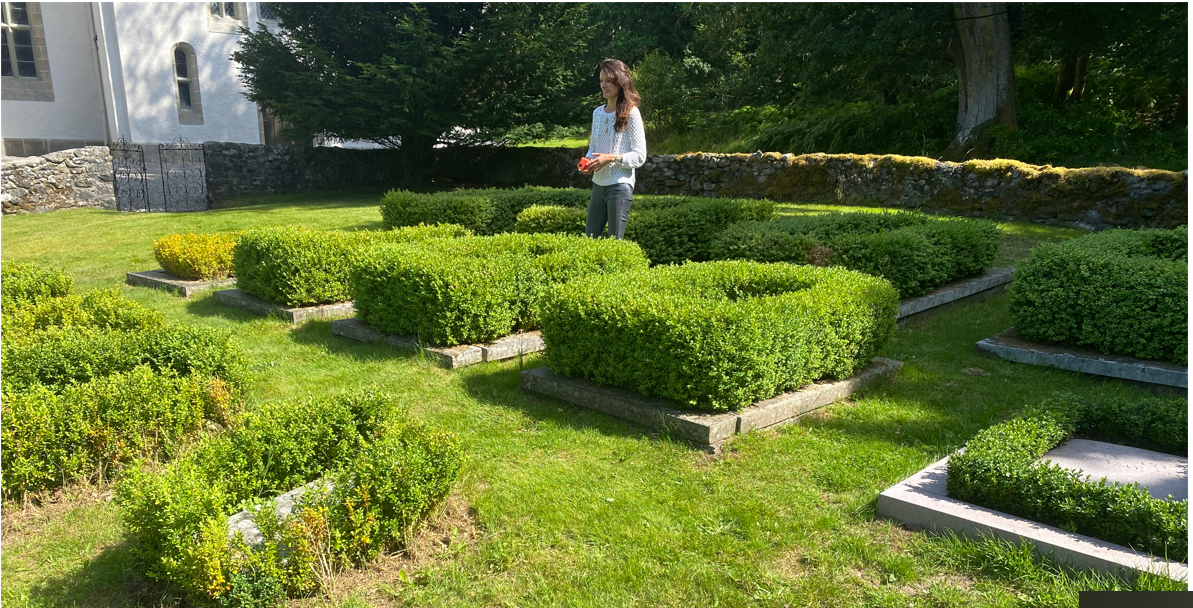 Also buried in the private burial ground is Maurice Baring the famous Catholic Novelist and friend of Hilaire Belloc (received into the Catholic church at the London Oratory on February 1, 1909) who wrote in his autobiography “The Puppet Show of Memory” that his conversion was “the only action in my life which I am quite certain I have never regretted”.

‘A Place Fit For Would Be Kings’.  Believers and non-believers alike cannot but be struck by the white sculptured altar piece outlined against a blue backdrop. To the left of the altar is a wall-painting depicting John the Baptist baptising Christ – colourful memento left by an Irish artist who passed through the glen in the sixties leaving his work unfinished and unsigned.  And to left & right are memorials to those who once loved the chapel: to its founder, the 14th Lord Lovat & to John Sobieski who sought its tranquil solace in death.

Eskadale St Mary’s Church is lovingly cared for day to day by the local parishioners and the Lovat family. Their support and assistance  in the practical running and maintenance of the Church is appreciated by  everyone who visits either as tourist or for the Mass . St Mary’s parishioners come from Strathglass and Glen Urquhart communities such as Cannich, Struy, Erchless, Aigas, Kilmorack, Kiltarity, Kinerras, Culburnie, Hughton. To keep up the process of restoration of the Church of St Mary’s as Trustees we are reliant on wider support.

We believe the continued maintenance of St Mary’s Eskadale is important especially to all the far-flung members of Fraser and Chisholm Clans. Added to its Historic interest and religious significance, St Mary’s Church at Eskadale has a value  beyond our Highland Community and therefore – please, if you are able, we would be grateful to receive a donation to the Trust Fund.

St Mary’s Church Eskadale is in the R.C. Diocese of Aberdeen.
St Mary’s is a Registered Charity No. SC005122